The Time That Is Given Us 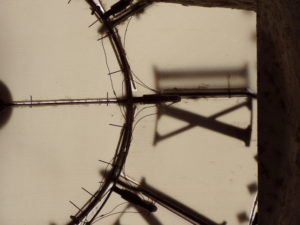 In  The Fellowship of the Rings, J.R. R. Tolkien writes about a feeling that I think many of us share just now. Frodo realizes that he has the burden of bearing the ring of power in a particularly dark time in the world and he tells his friend and mentor, Gandalf: “I wish it need not have happened in my time.” “So do I,” said Gandalf, “and so do all who live to see such time. But that is not for them to decide. All we have to decide is what to do with the time that is given us.”

Tolkien lived through many dark times. He fought in the First World War and lost many of his closest friends. He also lived through the “ darkest hour” of the Second World War, 1940-41, when England stood virtually alone against the forces of Germany.

Deciding “…what to do with the time that is given us,” is a theme that resonates throughout Scripture. The books of Ruth and Esther, Psalms 23, 42 & 43 are examples from the Old Testament. Jesus repeatedly teaches us to use our time in the service of God’s kingdom, no matter the circumstances, in parables such as the vineyard laborers who are invited to work in every hour, the parable of the talents, and the dishonest steward.

This theme is present in a poem that was sent to me earlier this week, written by an Irish priest, Brother Richard Hendric:

Let us make the most of this time we have been given. Perhaps we—like Esther—are here “for just such a time as this.”